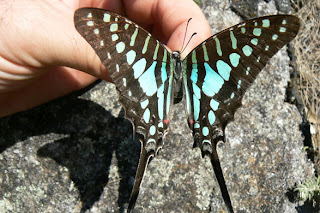 Looking back on the discovery of a new rainforest on a mountain in Mozambique on the African continent a year ago. I recall doing a little research on the rainforest to see what else there was to the story. It turns out that when scientists capture new wildlife specimens on this mountain - Mount Mabu - most turn out to be new species. I thought it was funny that scientists are hoping to persuade the government of Mozambique that the mountain is unique and merits protection. I thought it was funny because it seems the forest was doing okay up to this point without their help and concern.

I saw another article a few days later about the discovery of a microbe discovered under the ice in Greenland. Now, this wasn't a "new" microbe. This microbe had been asleep for 120,000 years before scientists incubated it and brought it out of its dormancy. 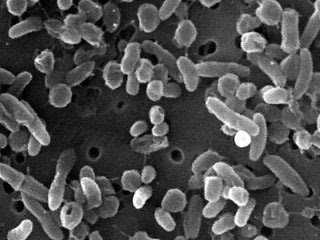 When I read that article, my first thought went to movies like Aliens and Species, and I wondered if they're really that far-fetched. Early in my reading, I discounted that wacky thought out-of-hand. Then, I read a little further in the article where one of the researchers, Jennifer Loveland-Curtze said, "These extremely cold environments are the best analogues of possible extraterrestrial habitats. The exceptionally low temperatures can preserve cells and nucleic acids for even millions of years." Maybe it's not so far-fetched.

So, what do we really know about our environment? The "new" microbe was fetched from two miles down, obviously frozen there when temperatures were warmer than they are now. I don't know, but they were probably digging that deep for ice core samples to make the case for global warming... 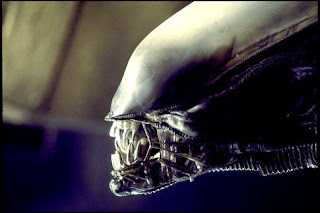 Speaking of global warming, in April of 1975, Newsweek magazine ran an article that, today, is absolutely fascinating. (Click on the image of the news article below to read that article.) The article made a rather powerful emotional case for doing something about the global cooling phenomenon. So, we were cooling in 1975, we were warming in 2007, and now we're talking about "global climate change" today, I guess because we don't know what's happening but we know something's happening.

I think we need a new perspective in the scientific community and a lot of self-awareness in the public discourse on science. Scientists need to remember the scientific method and stay out of politics. Politicians need to remember that they aren't scientists and that they apply a corrupting influence to the public perception of the truth when they get involved in deciding what is good and bad science. 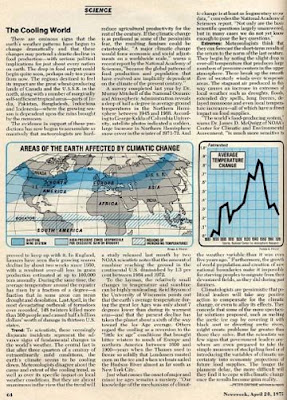 If everyone had it right, they'd confess that there aren't new life forms and a new rainforest in Mozambique and there isn't a new breed of microbes under the ice in Greenland. The simple fact is that these things have been there for some time and, as smart as we are, we still didn't know about them. It stands to reason that there is probably more that we don't know about this old planet than what we do know.

Being honest about all of this might just move us a little further a little more quickly in our understanding of the facts of our world and get us out of our one-armed dog paddle around the issue. But then, what would that do to our political scene? It would be a lot less entertaining, wouldn't it?
Posted by Rob Doss at 9:36 PM
Email ThisBlogThis!Share to TwitterShare to FacebookShare to Pinterest