So Much Accomplished; So Much Left To Do

Events continue to show that there remains a good deal of work to be done with respect to civil rights in the United States. It's instructive to examine our progress and setbacks on that front over the past 150 years as we continue our effort to form our "more perfect Union" and separate ourselves from what Dr. Condoleeza Rice once referred to as America's "original sin of slavery." Looking at these events through the prism of history makes it possible for us to build on our successes and avoid repeating our mistakes, and it reminds us that real progress requires persistence and cooperation.

Beginning with the anti-slavery momentum that swelled before the Civil War, our history has been marked by advances and failures in Congress, in local law-making, and even in Supreme Court decisions. On the whole, however, we’ve seen tremendous progress, even as incidents arise at times that sometimes make us wonder whether we've made any progress as a nation at all. 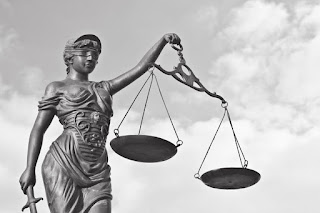 We've certainly come a long way since the days of the Black Codes of 1865 and 1866 when local laws were written to impose draconian restrictions on recently liberated slaves, and essentially reimposed slavery but under different parameters. Also gone today are the Jim Crow laws that created a separate but equal landscape in the South and a Supreme Court decision in Plessy v Ferguson that asserted that those laws didn't violate the Constitution. Although Plessy v Ferguson has never been explicitly overturned by the Court, the High Court's Brown v Education decision 60 years later held that the separate but equal doctrine was not Constitutional when applied to schools. That took a lot of the starch out of the separate but equal doctrine that had been a begrudging step toward equality yet was racist at its core.

A study of the acts of Congress over the 100 tumultuous years between the passage of the 13th Amendment and the Voting Rights Act of 1965, their purposes, and the evolving lines of partisanship in Congressional voting shows the how the heart of the nation matured in a very meaningful way during that time. The change in the Democratic Party in particular is noteworthy. After providing minimal support for the 13th Amendment in 1864, Democrat congressmen and senators failed to contribute a single vote for civil rights legislation for nearly another 100 years until 1957, a stretch that included seven bills that became law in spite of not having their support or votes. That included the votes on the 14th and 15th Constitutional Amendments that provided citizenship for American-born African-Americans and granted them the right to vote.

In spite of the reluctance by some in the federal legislature and the foot-dragging in the courts and state legislatures, the true sense of the people was apparent in their support for the ratification of the 13th, 14th, and 15th Constitutional Amendments. The fact that passage of those amendments, which are now the law of the land, required the support of the citizens or their representatives in 3/4 of the states bore that out.

After years of blatant racism and discrimination in parts of the country after Reconstruction, sometimes implicitly and at other times explicitly supported in laws and by some state courts, the United States entered what has been referred to as "The Second Reconstruction Era" that ended with a flurry of important civil rights laws passed by Congress between 1957 and 1965.

As we remember and honor the hardships, sacrifice, and courage that have produced such extraordinary progress against abuses of civil rights in our country, it's useful to remind ourselves that we still have much work to do to resolve what Dr. Rice called "the contradiction at the heart of our democracy." As we press forward, we should take comfort in knowing that for more than a century, the American people have rallied behind those reforms and they continue to do so today.

13th Amendment
Abolished slavery and involuntary servitude, except as punishment for a crime.

Civil Rights Act of 1866
Guaranteed the rights of all citizens to make and enforce contracts and to purchase, sell, or lease property. Passed by the 39th Congress (1865-1867) as S.R. 61. (The bill also guaranteed equal benefits and access to the law which was aimed at the Black Codes passed by many post-war states.)

This bill was vetoed by President Andrew Johnson, but his veto was overridden in the House and Senate and became law.

15th Amendment
Forbade any state to deprive a citizen of his vote because of race, color, or previous condition of servitude.

Civil Rights Act of 1870 (also known as Enforcement Act of 1870 or First Ku Klux Klan Act)
Prohibited discrimination in voter registration on the basis of race, color, or previous condition of servitude. Established penalties for interfering with a person’s right to vote. Gave federal courts the power to enforce the act and to employ the use of federal marshals and the army to uphold it.

Civil Rights Act of 1871 (also known as Second Ku Klux Klan Act)
Placed all elections in both the North and South under federal control. Allowed for the appointment of election supervisors by federal circuit judges. Authorized U.S. Marshals to employ deputies to maintain order at polling places.

Civil Rights Act of 1871 (also known as Third Ku Klux Klan Act)
Enforced the 14th Amendment by guaranteeing all citizens of the United States the rights afforded by the Constitution and provided legal protection under the law.

Civil Rights Act of 1875
Barred discrimination in public accommodations and on public conveyances on land and water. Prohibited exclusion of African Americans from jury duty.

Civil Rights Act of 1957
Created the six-member Commission on Civil Rights and established the Civil Rights Division in the U.S. Department of Justice. Authorized the U.S. Attorney General to seek court injunctions against deprivation and obstruction of voting rights by state officials.

Democratic Senator Strom Thurmond filibustered the bill for more than 24 hours in an attempt to kill the bill. The filibuster failed.

In a special February 1959 message to Congress on the subject of civil rights, President Eisenhower supported civil rights legislation and proposed seven actions to protect the civil rights of Americans:

The Civil Rights Act of 1964 was supported by President Kennedy, then by President Johnson. When the bill came before the full Senate for debate on March 30, 1964, Senator Richard Russell (D-GA) led a "Southern Bloc," consisting of 18 southern Democratic Senators and one Republican Senator and launched a filibuster to prevent the bill's passage. Russell said, "We will resist to the bitter end any measure or any movement which would have a tendency to bring about social equality and intermingling and amalgamation of the races in our states." The filibuster lasted for 60 days. (Incidently, the Russell Senate Office Building which has been proposed for renaming for John McCain was named for the leader of the filibuster of the Civil Rights Act of 1964, Senator Richard Russell.)

Voting Rights Act of 1965
Suspended the use of literacy tests and voter disqualification devices for five years. Authorized the use of federal examiners to supervise voter registration in states that used tests or in which less than half the voting-eligible residents registered or voted. Directed the U.S. Attorney General to institute proceedings against use of poll taxes. Provided criminal penalties for individuals who violated the act.