It's Not Done 'Til It's Done 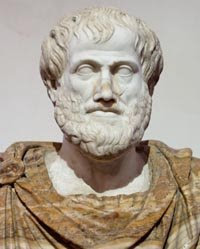 Aristotle was the first to write about potentiality and actuality in the 4th century BC, then about 1500 years later, St. Thomas Aquinas raised the idea again in a broader theological context in his Summa Theologica.

The original idea as applied to people is that there is an ideal state of being that we know as an actuality. As long as we’re trying to get to that ideal we’re living at varying degrees of potency as potentialities.

By the time Aquinas brought the idea along, he was making a number of points about the nature of man and happiness, but the central idea was that, as with Aristotle, man is in a state of motion in terms of his potentiality in pursuit of the actuality. Aquinas carried the point further and said that man's role is to achieve greater potency as a man and thus get closer to God, having been created in His image. The idea was that because he is a potentiality, he wouldn’t achieve true happiness any way other than in coming to know God more perfectly.

That's the long way of describing how I look at people and our pursuit of perfection as we know it, or our failure to give it a good effort. 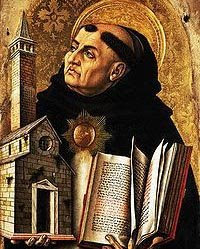 The way I see it, we're given a certain potential, most of which we never recognize. Our potential has a good bit of depth and breadth, and while I wouldn’t expect we are obliged to finish the race out of breath, I do think we need to have given a good account of ourselves. We will fall and falter along the way, and we will have our disappointments, but that's what redemption and renewal are all about. They give us a reason and an opportunity to hit our stride again.

It's important for us to have a bit of balance along the way too which means that we run this race as hard as we can, but not so hard that it finishes us before we finish it. I suppose that’s the difference between running it hard and running it well.

It’s also easier said than done… but as Aristotle and Aquinas might say if they were here today, it’s not “done” 'til it’s actually done.
Posted by Rob Doss at 7:00 AM
Email ThisBlogThis!Share to TwitterShare to FacebookShare to Pinterest