A Legacy of Honor 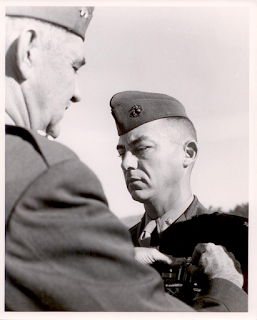 There are many men and women who served their country honorably and heroically who later lived and died without seeing their stories come to light so they could be duly honored in their own time.
Sometimes, we're able to peer into that sacred fraternity though the bits and pieces we assemble from the lives of their comrades. It's in honoring them that we're able to witness the importance of honoring them all, even if belatedly so.
One of those heroes was my father-in-law, the late Colonel Simon J. Kittler.
Si grew up in a troubled household in Michigan, but he was still able to secure a Congressional appointment to the United States Naval Academy in 1949 as a member of the Class of 1953. He was one of four brothers who received congressional appointments to the Naval Academy.
After he was commissioned as a second lieutenant on June 5, 1953, he fulfilled a dream inspired by his childhood employer and mentor to lead a platoon of Marines in Korea.

His first assignments as an aviator were with VMA-211 then with VMA-225 as an A-4D Skyhawk pilot, stationed in Edenton and Cherry Point, North Carolina. While he was on a deployment in the Mediterranean on board the USS Essex (CVA-9) during her final carrier deployment, the crew of the Essex and the 17 pilots of VMA-225 collaborated on an unprecedented achievement that possibly remains unduplicated to this day. On January 23, 1960, VMA-225 qualified all 17 of its pilots as Centurions when every pilot in the squadron completed his 100th arrested carrier landing of the deployment on the Essex on that day.

Then, in July of 1963, he completed a stint as an instructor in the Air Support Division, training forward air controllers (FACs) at Coronado, California which he later said was a great help to him when he needed to call in fire support missions in Vietnam.

In what would become a pivotal assignment in his career, he was sent to helicopter transition training with HMM-362 in Santa Ana, California in preparation for service in the Vietnam War, known to many as “the helicopter war.” With his transition training complete, he was promoted to Major and joined the newly formed HMM-365 in August of 1964 to fly the UH-34D, which he later said was “one helluva war bird.”

Just a couple of weeks after his wife Peggy gave birth to a baby boy, his namesake Simon Scott, he deployed with his squadron to the Republic of Vietnam in October of 1964. As thousands of others have done since the early days of our Republic, he left his wife, new son, and two daughters, 6 year old Angela and 2 year old Christina, behind in California.

Once in Vietnam, he and his squadron went to work immediately, flying combat missions daily. Within a month of arriving in Vietnam, then-Major Kittler “volunteered to undertake a vital resupply and medical evacuation mission to an isolated Vietnamese outpost located in an area infested with insurgent communist Viet Cong forces. The flying conditions were exceptionally hazardous due to typhoon conditions in the general vicinity, a ceiling of less than three hundred feet and a steady rainfall which severely limited visibility. As leader of a two aircraft flight, (he) fearlessly led the way through intense enemy small arms fire to land at the obscured landing zone. After discharging his supplies and taking aboard several wounded Vietnamese soldiers, (he) again displayed calm courage and superior aeronautical skill as he led the flight through enemy fire and further deteriorating weather conditions to deliver his wounded passengers to a field hospital.”  For his heroism that day, he was awarded the Distinguished Flying Cross Medal. 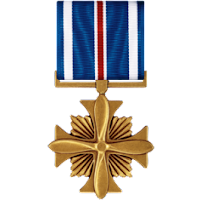 While Major Kittler was flying that mission and risking his life to save the lives of others, tragedy was settling onto his own home half a world away where his newborn son passed away in his crib that same day. Any sense of relief and satisfaction that he felt over having succeeded in that treacherous mission was quickly overwhelmed by the weight of profound loss and mourning as he boarded a plane to return to the United States to be with his family.

With his son buried and his family consoled, he returned to duty with HMM-365 in Vietnam where he resumed flying combat missions out of Danang in support of U.S. Marines, the South Vietnamese Army, and U.S. Special Forces.

Then on July 12, 1965, a Marine reconnaissance patrol led by Lieutenant Frank Reasoner and point man Corporal B.C. Collins was ambushed deep in Viet Cong territory by 50 to 100 enemy soldiers firing machineguns and other automatic weapons. During the firefight, Lieutenant Reasoner was killed by machinegun fire while attempting to aid a wounded Marine. When the call went out to HMM-365 that the patrol had been ambushed, was surrounded, and needed an emergency medical evacuation and extraction that night, Major Kittler flew out to get them. "The landing zone, surrounded by Viet Cong, was under a crossfire from three automatic weapons, which made it virtually untenable. In spite of heavy enemy ground fire, unknown landing zone conditions and a lack of visibility due to darkness, (he) ... landed and assisted in the evacuation of the patrol," saving eighteen lives in the process. In addition to the eighteen members of the patrol, he successfully evacuated Lieutenant Reasoner's body as well.

[Note: Thirteen years after his patrol was ambushed in Vietnam, Staff Sergeant B.C. Collins reported to G Company, 2nd Battalion, 8th Marine Regiment (2/8) at Camp Geiger, North Carolina to be my platoon sergeant (which is a series of stories in itself). I was a sergeant and a 60mm mortar section leader in his platoon. Then, four years after I served with Staff Sergeant Collins, I married Si Kittler's daughter, completely unaware of Si's connection to B.C. Collins. Finally, almost exactly 20 years after the ambush of Lieutenant Reasoner's patrol, I was a second lieutenant with orders to report to HMM-365 to serve as a helicopter pilot, the same squadron that Si Kittler served with in Vietnam.]

In 1967, Major Kittler again transitioned to a new aircraft, this time to the OV-10 Bronco as a member of VMO-5 before returning to Vietnam in May of 1968 as officer-in-charge (OIC) and pilot in a VMO-2 detachment. Within just a few hours of the squadron’s Broncos arriving in Vietnam from the Philippines, he became the first pilot to fly the OV-10 aircraft in combat. Operating out of Marble Mountain in Vietnam, he flew both the OV-10A and the UH-1E Huey on direct combat support missions for Marine forces.

When he was promoted to Lieutenant Colonel in October of 1968, he was transferred to the 1st Marine Aircraft Wing (MAW) G-3 in Danang to serve as assistant operations and assistant plans officer. While in that assignment, he continued to fly combat missions in the OV-10 and the TA-4 on “Steel Tiger” forward air controller (FAC) missions along the Ho Chi Minh Trail until 1969 when he returned to the United States.

Following his promotion to Colonel in July of 1975, he assumed command of the 31st Marine Amphibious Unit (MAU)/Task Group (TG) 79.5. He then served as commanding officer of the Marine Corps Air Reserve Training Detachment (MARTD) in El Toro, California from 1977 to 1980. Finally, Colonel Kittler took command of the Naval ROTC Unit and served as the Professor of Naval Science at the University of Missouri in 1980 before retiring from active duty in September of 1982 with 30 years of service.

During his distinguished Marine Corps career, Colonel Kittler saw service in the Korean War as a ground officer then participated in 15 major combat operations as an aviator in Vietnam. Among his many decorations and awards are the Legion of Merit for valor, two Distinguished Flying Crosses for valor, 22 Air Medals, the Meritorious Service Medal, two Combat Action Ribbons, and numerous unit citations and campaign and service medals.

After his retirement from the Marine Corps, Colonel Kittler went to work in program management at McDonnell Douglas in Long Beach, California, working on the T-45, A-4, A-3, and the KDC-10 aircraft.

Ultimately, he settled in Pensacola, Florida, returning to his aviation roots where he was able to watch his two grandsons grow, enjoy seeing them play baseball and excel in school, and witness them eventually becoming Marines like their father and grandfathers before them. All along, he inspired them through his love, example, and wisdom.

From his childhood and throughout his adult life, during the high points and the low, through critical moments of life and death, and in periods of peace and extraordinary trial, he was buoyed by his Faith, his family, his country, and his unwavering loyalty and service to them all. Always a humble and composed warrior, he embraced life with good cheer and selfless personal courage.

Posted by Rob Doss at 8:29 PM
Email ThisBlogThis!Share to TwitterShare to FacebookShare to Pinterest

Serving with B. C. Collins