The word "quagmire" is thrown around quite a lot these days in an attempt to relate our current conflicts to Vietnam in a negative way. For many critics, Vietnam is the poster child for quagmires, and the use of that term is a discrediting stigma. 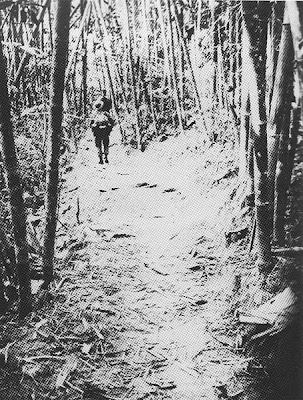 In my view, Vietnam is still very much misunderstood, which means that we are probably less than a generation away from seeing a good bit of folklore about the war become recorded history. Vietnam was a quagmire in the minds of many because it required the protracted commitment of our military forces and there were no "legitimate" strategic benefits from our involvement there. Critics saw Vietnam as a perpetuation of the military industrial complex's insatiable desire for conflict with which to fuel its engine. I think there is much more to it that than that, but I admit that my sense of that war is not as cynical.

In my mind, what made Vietnam a quagmire - to the extent that it was - were the limitations placed on ground commanders by leaders in Washington who did not want to provoke the Soviets by bombing shipping assets in places like Haiphong Harbor and those who did not want to "expand the war" by bombing the Ho Chi Minh Trail in Cambodia and Laos, although major Vietcong combat resupply routes ran through those areas. There were many, many other decisions made like these that had the same effect. The bottom line is in spite of the fact that our military forces in Vietnam were very capable and highly successful in every major engagement, they couldn't win the war because of a failed war execution agenda in the United States. Put another way, we were successful on the tactical level but we failed at the strategic level. 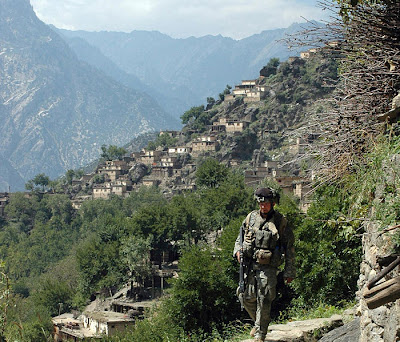 Yesterday, I wrote that we need to give commanders in Afghanistan all of the support and resources they need to win the war there. I also wrote that if a war is important enough to commit troops to, then it is important enough to go at whole hog. That is because in failing to go in aggressively to win, we are potentially left with tactical successes and strategic failures. As owners of the world's most potent military force, we should never forfeit US military lives and prestige in that way.

Afghanistan is different from Vietnam in many ways, but it is similar in some ways too. In Afghanistan, we're pursuing a coy and clever enemy who fights at his pleasure on ground with which he is very familiar and comfortable. That's a similarity to Vietnam. One huge difference is that the terrain in Afghanistan is so prohibitive for movement, our troops can easily transition from tactical advantage to extreme tactical disadvantage in an hour, simply by moving from one place to another 1000 meters away. Those scenarios always exist for troops on the ground and they did exist for our infantry in Vietnam, but in the mountains of Afghanistan, it is an inherent and persistent reality. 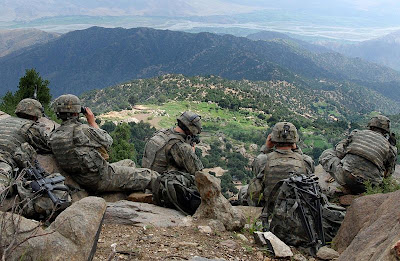 In Vietnam, US forces often employed a tactic to reduce their vulnerability referred to as "reconnaissance by fire," which could include any number of actions involving directing firepower at a target, but the general idea was to discover the enemy by flushing him out or provoking behavior with weapons fire so you didn't have to physically expose your troops to get the same outcome. You can use direct fire weapons such as rifles and machine guns or indirect fire weapons like mortars, artillery, grenade launchers, or air support to draw the enemy out.

In Iraq, insurgents employed a reconnaissance by fire tactic in a sense by incrementally escalating potentially threatening gestures toward troops in order to learn more about our rules of engagement. If our enemy knows that our rules of engagement are not to fire until fired upon, for instance, the enemy can maneuver to an extreme physical advantage before opening fire and overwhelming our forces. If our enemy knows that our rules of engagement call for the use of air support near non-combatants only if our troops are under imminent threat, that leaves those enemy forces a whole lot of options, including laying hit-and-run ambushes from amongst non-combatants.

A year ago, a Department of Defense report called for better training for air and ground forces to reduce civilian casualties. There is a practical purpose for taking another look at our approach to the use of air support, not the least of which is the fact that an injudicious use of firepower of any kind is unnecessarily wasteful of limited resources and the fact that it's hard to win the hearts and minds (another Vietnam reference) of the local population if you're bombing the neighborhood every day unnecessarily at the first sign of danger.

It is good and important to ensure our people are not using unnecessary force, no doubt. We don't want - and our combat forces don't want - to call for the big hay maker at the first sign of enemy contact all of the time. That can also become a predictable behavior that our enemy can use to his advantage because he will learn to simply hunker down until the barrage or hail of gunfire passes and pop back up at the sight of infantry. A good use of suppression is almost always most effectively employed when immediately followed by the exertion of swift infantry force before the enemy can recover his composure and bearings. So, you can't just toss bombs and rockets then stroll through the rubble and count the bodies. You have to be much more thoughtful about it in terrain like our troops are operating in in Afghanistan.

I lay all of that background to get to this point. 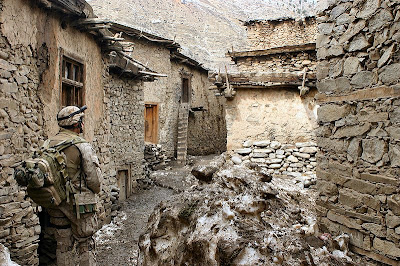 When US Army General McChrystal took command in Afghanistan he issued a directive to troops in Afghanistan to avoid firing on buildings where insurgents might be hiding amongst non-combatants unless our troops are in imminent danger. That and other measures were intended to create a "civilian surge" to improve relations between US forces and Afghans. (In Vietnam, "civilian surge" would have been called "win the hearts and minds.")

But there is a potential problem with this rule of engagement: In an environment where reconnaissance by fire might be prudent when moving into exposed terrain and where enemy guerrilla tactics will lay ambushes from amongst civilians, we need to be careful not to handcuff our ground forces so that they expose themselves unnecessarily because their situation does not meet the "imminent danger" criteria. To many at home in the United States, the difference between "imminent danger" and "reasonable danger" might seem minor, but to in the legal language of the times, the word "imminent" literally places our troops on the brink of lethal hazard.

We need to be careful not to develop strategies like this in Washington that will reduce our combat effectiveness on the scene and create a tactical quagmire for our troops on the ground in Afghanistan. We should remember that the Soviets were utterly brutal in Afghanistan when they were there, but they still found themselves lured into traps that were sprung by virtue of the predictability of their tactics.

We need not to find ourselves embroiled in the same mess. As I wrote yesterday, we citizens need to watch out for our military people abroad and listen for signs that we are incrementally slipping into a strategy dictated from Washington that is predictable, excessively cautious, impractical, and imprudent. If that is where we go, we could again see our forces fighting for their lives under a strategy that is designed for political expedience, not military success.
Posted by Rob Doss at 9:00 AM
Email ThisBlogThis!Share to TwitterShare to FacebookShare to Pinterest