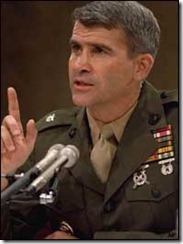 The author wrote, "I know the difference between right and wrong, and I can tell good from bad. But I also know that the more difficult decisions come when we have to choose between good and better. The toughest calls of all are those we have to make between bad and worse.”

Some people probably manage to get by without having to make the toughest of calls that the author wrote about, but those who face those kinds of decisions routinely, and make them under the strain of a clear conscience, are very familiar with what it takes to make them and live with them.

A person has to be wired with integrity, oriented toward doing the right thing even when–especially when–no one is around to notice. They need to have a keen sense of justice so that their determination to achieve an outcome doesn't become inappropriately heavy-handed at the expense of others. They must almost naturally possess the moral courage to do the right thing at the right time for the right reasons, even when it's costly to them personally to do so. They have to be able to draw on those resources reflexively, particularly when time and decisiveness are critical.

When I was a Marine Corps NCO in the 1970s, we were required to participate in 24 hours of leadership training every year, but the conversations on leadership concepts were practically constant beyond the scope of that training. Nearly every decision you made as a leader was a learning opportunity because even the minor decisions had implications for the larger decisions that might rely on the same rationale or philosophy. Our leaders didn't make our decisions for us. They watched, then they asked questions about our decisions and provided guidance about the decisions we made. They wanted to know that we knew why we made the decisions that we made. Leadership training was deliberate and ongoing.

In the summer of 1978, I was a sergeant in the 3rd Battalion, 8th Marine Regiment (3/8), about to turn 21 years old. I had spent the previous two-and-a-half years in the 2nd Battalion of the same regiment (2/8), but was shuffled to 3/8 when 2/8 began its preparation to deploy to the Mediterranean. Since I was about seven months from the end of my enlistment I didn't have enough time on my enlistment to participate in the pre-deployment training and the six-month deployment that would follow.

I was going to have to be bounced again within about six months when my new battalion prepared to replace 2/8 on deployment, so rather than put me in charge of a squad or a platoon, my company commander asked me to clean up the company training program for the few months that I'd be there.

About once or twice a week, I needed to go to the battalion headquarters to deliver our training schedules and firing range and ammunition requests. About every other trip over there, the operations officer stopped me as I walked past his office and shot the breeze with me about a variety of things, sometimes, not surprisingly, about leadership and the state of the Marine Corps. We weren’t getting to be good buddies or anything; he was just being a good officer by picking my brain and sharing his own thoughts.

He was a captain filling a major’s position, but he was about to pin on a major's oak leaves since he had been selected early for promotion to major. Everyone said he was going to go all the way since those kinds of early promotions were rare. He was a decorated Vietnam veteran and was very good with enlisted Marines.

One day, he asked me what my career plans were. I told him that I had applied for a commissioning program the year before and didn’t quite make the cut, so I was going to leave the Marine Corps when my enlistment was up. I told him that I had thought about reapplying, but that his operations chief had taken a look at my high school grades and told me not to bother. Since I wasn't too impressed with those grades either, I couldn’t really argue with his assessment.

By that point, the captain had been promoted to major and he told me to forget what the operations chief had told me and to get work on that application. He knew that my academic record was weak and that I hadn’t had the opportunity to remediate it with off-duty college work during my time in the service, but he knew that my record as a Marine was good, so he believed that I had a decent chance to be selected for the program if I submitted a good application and had great endorsements.

Once the review board interviewed me and wrote its endorsement, he called me in and gave me some advice. He told me to hand-carry my application to every colonel and general who needed to endorse it and offer to be personally interviewed before they wrote their endorsements. He said that if I needed to camp outside of their offices to get those endorsements promptly then I should do it. Then, he said that once I had all of those endorsements and the application package was complete, I should call the education office in Washington and speak to the director, who was a major. I didn’t exactly run around talking to majors in those days, so his advice seemed a bit bold and above my paygrade, but I did it anyway. He told me to tell the director that my application was on the way and that I would be calling in a few days to ensure that it had arrived. Then, he said I should give them a week to review it, then call them back to see if I needed to add anything to the application. He said that by the time the third call was finished, they’d know that I was serious about my application for the program.

I don’t know if that advice made a difference, but it didn’t hurt either. I needed all of the help I could get, so I was willing to follow good advice.

A few months later, I was notified that I had been picked for the program. I was soon on my way to college.

Some years later after I graduated from college and was commissioned, I saw a national magazine–Time, Newsweek, or one of the others–that showed a shadowy figure with the caption “Swashbuckler-in-Chief.” The person wasn’t specifically identified in the photograph, but I recognized him as my operations officer from 3rd Battalion, 8th Marines: Major Oliver North. By then, he was a lieutenant colonel working as a member of President Reagan's National Security Council.

He went on to become very well known as a central figure in the Iran-Contra affair and he dabbled in politics, and became an author and a sought-after political and military commentator.

He came to Pensacola in 1991 on a signing tour for his book, "Under Fire," from which the passage that opened this article came. By then, I was a captain, having recently returned to the States and transferred to Pensacola after Operation Desert Storm. I stood in line to have him autograph my copy of the book.

When I finally reached the front of the line, I re-introduced myself to him, but after thirteen years, he didn’t remember me from Adam’s housecat. Still, he was quite gracious in trying to place me in his memory. After our brief conversation, he signed my copy of his book, “Rob–Semper fi–Oliver North”, then shook my hand and wished me well before I went on my way.

Although my acquaintance with Oliver North didn't stand out in his memory, he was one of many Marines that I served with whose valuable insights, advice, and leadership example were crucial to my development. His advice and assistance were instrumental in encouraging me to apply for an education and a commission, and in getting me to follow through to see that my application received the consideration that it deserved. I can't help but recognize that all of the things that have happened in my life since then were made possible because of what he did for me.

His leadership example reinforced in me the importance of caring enough about your people to challenge them to be better, and sometimes, to challenge them to be better than they think they are. I also learned that the grit, boldness, and endurance that we have to have when we're making the really tough calls that he wrote about in his book are the same tools that we have to have when we decide to fight for our life's goals and the things we believe in.

Those lessons weren't simply incidental; they became an ongoing summons to rise to the occasion. That was the expectation of all of that leadership training. Once it's in you, a good conscience and a sense of duty won't let you see it any other way.

Posted by Rob Doss at 10:20 AM
Email ThisBlogThis!Share to TwitterShare to FacebookShare to Pinterest