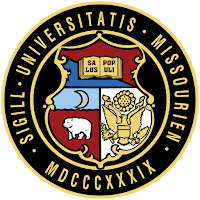 This time of year, colleges and universities are holding December commencement exercises which also means that a new crop of young men and women will be commissioned as officers in the military.
In September 2019, my wife and I visited the University of Missouri in Columbia, Missouri where I received my undergraduate degree in 1983. While there, I stopped by Crowder Hall where the Navy ROTC program is administered. During the visit, I met the Marine Officer Instructor and his assistant and after a while, he asked if I would be willing to return to the University in December as the guest speaker for the December Navy and Marine Corps officer commissioning ceremony. I told him that I'd be honored to.
As I look back on the speech I delivered, it occurs to me that the encouragement that I offered to those new officers is still valid today. This is the speech I delivered during the commissioning ceremony at the Memorial Union.

I also want to recognize the staff members of the Mizzou NROTC unit–military and civilian–who’ve poured their knowledge and energy into ensuring our new officers are ready for this day and the days that lay ahead. You will soon see that their labor has put you in a great position to meet the rigors of service to your country.

Let me also thank the remarkable men and women who we’re here to honor today for joining a long line of citizens who’ve raised their right hand and have sworn to protect and defend the Constitution of the United States.

Ladies and gentlemen, these men and women are here today, young and full of life, vigor, and opportunity ahead of them, and today they’ll take an oath to defend this nation against all enemies while not knowing exactly what their country will ask of them. They’ve decided to serve in a very complex and dynamic world as part of the most powerful military force the world has ever known. They’ll soon be part of the reason it’s that way.

Let that sink in for a moment. These young officers aren’t merely serving in the military, they haven’t merely joined the military; they will each soon be part of the reason the United States military is the most potent military force on earth, a force that keeps our Nation–and many other nations around the world–safe and free of tyranny.

With that in mind, let me leave you with three points–certainly not the only important points on the subject–about what will be your most important responsibility as a commissioned officer, whether in war or at peace: leading our sailors and Marines.

FIRST, recognize that the entirety of your work as a commissioned officer exists for one purpose: preparing yourself and those whom you lead for war.

As you consider that preparation, also recognize that war is inherently fluid and uncertain and that because of that, the Naval service requires competent leaders at all levels who will exercise the boldness and initiative necessary to accomplish the mission under those rapidly changing conditions.

At any moment, a 19-year old seaman might need to rise to the occasion with little or no guidance during a shipboard catastrophe as we saw a few years ago aboard the USS Cole where many senior enlisted leaders were incapacitated in a terrorist attack, or a young lance corporal might need to act decisively during an ambush in the streets of some village far from here as we’ve seen many times in recent years.

It’s vital, then, that you ensure that as you supervise your sailors and Marines, you don’t let them become accustomed to being over-supervised because micromanagement absolutely destroys the boldness, initiative, and creativity that are essential to battlefield decision-making.

Also, it’s important that you develop the confidence to force decision-making and idea formulation down to the lowest practical level, and not reserve it all at the top. Your goal should be to condition your subordinate leaders to thrive on acting and leading spontaneously.

As part of that, it’s important to set an example of teachability by being willing to listen and learn yourself, especially when it comes to your petty officers, NCOs, chief petty officers, and staff NCOs.  Remember, however, that as you’re being teachable, when it’s time to make a decision, make it confidently and decisively.

AND FINALLY, as you know, every great organization relies on guiding principles, vision, and values for their success. The underlying principles that shape our ethos–qualities like courage, integrity, selflessness, reliability, endurance, fairness and justice, faithfulness, and again, boldness and initiative–are indispensable when great challenges rise up to test us. Those principles and that ethos must abide in every person in the unit from the most senior officer to the most junior enlisted man or woman.

You might remember that on October 23, 1983, a terrorist in a bomb-laden truck destroyed the Marine barracks in Beirut, Lebanon, killing 241 Marines. It was the worst one-day loss of Marines since World War II.

Some weeks later, the Marine Corps Commandant at the time, General P. X. Kelley, told of visiting a severely wounded young Marine in a military hospital who he described as having “more tubes going in and out of his body” than he’d ever seen in a human being. The young man was in bad condition, probably fighting for his life.

General Kelley described the visit this way. He said, “He couldn’t see very well. He reached up and grabbed my four stars, just to make sure I was who I said I was. He held my hand with a firm grip. He was making signals, and we realized that he wanted to tell me something. We put a pad of paper in his hand and he wrote two words, Semper Fi,” short for Semper Fidelis, the Marine Corps motto, and it means “always faithful.”

So, in that moment, as that young Marine fought for his life, he embraced what his service and sacrifice were all about: being unswervingly faithful to his country and his commitment, even when things were at their worst. With the odds so heavily stacked against him, he returned to his foundation, his principles, his ethos.

Recognize that we can’t turn that ethos on and off. It’s not a thing we have only on duty. It’s a part of who we are and it shapes our professional and cultural core. Our principles and ethos can’t be merely event-driven; they have to be systemic–they have to be with us all the time.

We wake up with them in the morning and we go to bed with them at night. Something suddenly happens in the middle of the night that draws us into action, there they are. Something happens in the middle of the night and the next thing you know you’re in the hospital holding the hand of someone who claims to be the Commandant of the Marine Corps, there they are.

Why? Because we don’t succeed as leaders in combat without those principles and that ethos, and neither do our sailors and Marines.

Our ethos is what inspires and enables us to do the right thing at the right time for the right reasons, all the time. It’s what triggers two things that leaders MUST have in order to earn their rank and be worthy of respect: trust and confidence.

As we all acknowledge the accomplishments that place you here at this ceremony, we also realize that this moment arrives with a tremendous and important expectation that marks the beginning of your living up to the special trust and confidence that the President and the Congress–and your sailors and Marines–have in you.

Your challenge is to become the leader that our sailors and Marines need and deserve. If you do that, you’ll realize that although your experiences as a Naval officer won’t always be perfect and pleasant, you’ll forever cherish the memories of your service, the kinship that you develop, and the difference that you’ve made in the world and in the lives of others. More than the medals and promotions that you’ll earn along the way, the memories, the kinship, and the difference that you’ll make as a leader will be your most enduring and important reward.

So as you go about earning the special trust and confidence that will yield that reward, remember: Train and empower your subordinate leaders at all levels. Make yourself and your unit professionally competent and knowledgeable. Set an example of “teachability” and decisiveness. Be principled and reinforce our underlying ethos in everything that you do. And do the right thing at the right time for the right reasons, all the time, especially when it’s difficult or inconvenient to do that.

Congratulations and best wishes to you, and thank you again for serving our great country. And thank you all very much for having me here today.
Posted by Rob Doss at 12:00 AM
Email ThisBlogThis!Share to TwitterShare to FacebookShare to Pinterest