Understanding the Muslim Brotherhood: A Means to an End 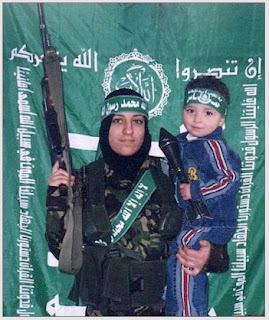 So, the other day, the U. S. Director of National Intelligence characterized the Muslim Brotherhood as an "umbrella term for a variety of movements." He seems to have gotten at least that part of his Congressional testimony right, but I'm probably thinking of it in a different context than he had in mind.  I wonder if he was thinking of organizations like Hizb ut-Tahrir when he mentioned those other "secular" movements.

There are other organizations under the Muslim Brotherhood umbrella. Among the better-known branches of the Brotherhood in the past 30 years are the al-Jihad in Egypt, Hamas in Palestine, the Afghan mujahadeen, and others, the latter being a group also supported by the United States in fighting against the Soviet Union that has since morphed into the group led by, here he is again, Osama bin Laden.
In recent years, the Muslim Brotherhood has taken on a new tactic, in part because it's been outlawed in Egypt. It has embraced the tactic of feigning moderation, speaking as the peace-maker while working behind the scenes with others who do the dirty work. Today, there are vocal elements in our country like our DNI who are pitching the Muslim Brotherhood as an innocuous political entity that has left violence behind. But many Americans still remember the organization cheering the 9/11 attacks in 2001. At least as recently as 2001, the Brotherhood wasn't quite as cordial as it's often portrayed now.

We hear groups in Egypt speak of democracy and we clamor to their side as though their merely uttering the word is enough to know what's in their hearts. I have no doubt that a significant number of the protestors in Tahrir Square in Cairo were genuinely looking for democratic reform, but I likewise have no doubt that extremists who have co-opted that movement will more fully exploit these freedom seekers when or if they get the chance.
As I wrote in the 2006 paper in which I first mentioned the Muslim Brotherhood, "We can't let our affinity for those Muslims who want a peaceful Islam distract us from seeing and confronting the threat that is poised boldly in front of us. As we acknowledge the good in them, let's remain keenly focused on the fact that the dominant Islamic culture today is bent on the violent assimilation of the world under Islam. Therein is the threat. Knowing and appreciating the good can't be a reason to weaken our resolve to defeat the bad." 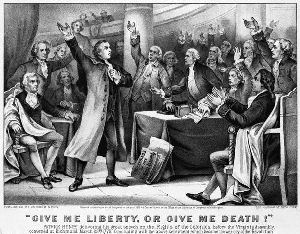 We should remember our own history. While Americans in 1776 named the King of England as the culprit in the Declaration of Independence, it was the Parliament that imposed the laws that drove the Colonies to the Revolution. In the Colonies, those early Americans had democracy even before the Revolution. They lived and conducted their government under Enlightenment-inspired charters and constitutions that were characterized not only by their democratic qualities but also by their insistence on liberty for all. As the British Parliament bore down on Colonies and those liberties were incrementally denied to them, the cry from Americans like Patrick Henry wasn't, "Give me Democracy or give me death!" it was, "Give me Liberty or give me death!"
As we proceed in developing our posture with respect to Egypt, we need to remember that democracies have a colorful history of tyranny of their own. Before we go too far, we had better come to some recognition of what we believe a democracy is or what we expect one in Egypt to look like. Does our vision include free and fair elections there? Does it include a representative republic where both majority and minority interests are protected? Does it include a culture where the people live freely and practice the faith of their choosing and enjoy their God-given right to liberty? Will there be free speech and a free press?

We hear in our press about the so-called "faces of the revolution" in Egypt like Google executive Wael Ghonim or former International Atomic Energy Agency (IAEA) head Muhammad ElBaradei, but where are the enlightened voices leading the charge to become the Middle Eastern prototype for liberty? Where is the Egyptian Thomas Paine, the Adam Smith, the Frederick Douglass, the Thomas Jefferson, the Abraham Lincoln, the W. E. B. Dubois, the George Washington, or the Martin Luther King? We can't say we didn't hear voices in the crowd. We heard from Hizb ut-Tahrir and others like them. What about the voices of liberty? I know there are those who want liberty in the crowd, but will we hear from them and will their voices become instruments of a new Egyptian paradigm, or will they be swept away by the inertia of models already in place elsewhere in the Middle East?
We know we want democracy for Egypt, but do we really want to promote a system of government that manufactures election results like they have in Iran? Do we want a repetition of the emergence of Hamas in "democratic" Palestine? What obligation does a new democracy in Egypt have for the safety and security of its people and the region?

What obligation does the United States have for ensuring not only that the region is safe for democracy, but that it's safe for the United States as well? Regardless of how diplomats and politicians characterize American foreign policy with respect to the world's despots, the fact is that our policy has been one of pragmatism and selective outrage for many years. 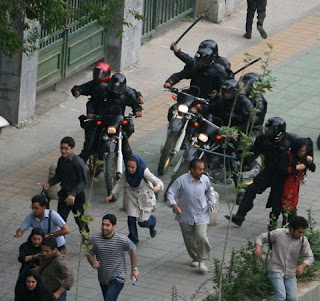 Two years ago, the United States reluctantly and tepidly spoke out against the repression of the Iranian people as they took to the streets of Tehran in protest of a corrupt presidential election there. There were no calls by our leaders and pundits for President Ahmedinejad to begin a transition out of office immediately. Less than a month ago, the United States hosted the President of China at a rare lavish state dinner in Washington. There were no calls for President Hu to step aside in favor of the hundreds of millions of Chinese citizens who have lived for decades under the tyranny of dictatorship there.

To me, there are two key differences between the examples in Iran and China and the situation in Egypt. The first is that Egyptian government was an American ally and had at least a tacit obligation to yield to the wishes of the United States, and it did. Iran and China are under no such compulsion or inclination. Second, Egypt was led by a despot who was nonetheless willing to tolerate the protests and was ultimately willing to accede to protestor demands. It might have been a despotic regime, but it wasn't so consummately despotic that it wouldn't abolish itself peacefully. That is certainly not the case in Iran and China. So, while the terrible despot in Egypt has left the palace, even worse depots continue to enjoy the indulgence of the United States.

Of course, in the case of China, we have an economic interest and no desire for war with a major power. In the case of Iran, we're concerned about regional stability and our desire not to generate a perception that we're anti-Islamic. I suggest that while we might be well-advised to take care in pressing our adversaries, especially when other interests are involved, we are equally well-advised to take care in forcing the issue with our allies. The fact is that when it comes to our allies, we often have security interests that are no less important than the interests we have when the dispute involves our adversaries. While we'd like to live in a world where citizens are free, safe, and enjoying God-given rights, we also have an interest in doing what we can to make the world safe enough for existing democracies to thrive as well. And we have an interest in seeing a world that is safe for America and for Americans too. 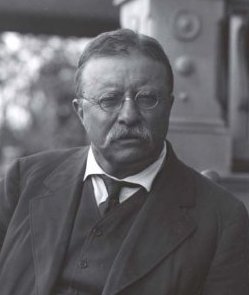 As former U. S. Ambassador to the United Nations, John Bolton recently reminded us, on April 2, 1917, President Woodrow Wilson stood in front of a joint session of Congress to get a declaration of war against Germany that would involve the United States in World War I: "the war to end all wars." He told Congress that American entry into the war was necessary in order that the world would "be made safe for democracy."

That fall, former President Theodore Roosevelt countered, "First and foremost, we are to make the world safe for ourselves. This is our war, America's war. If we do not win it, we shall some day have to reckon with [our enemy] single-handed."

There is always a reckoning and we will always have an interest in what happens elsewhere in the world. The trick will always be to balance our interests with our idealism. When we pursue one without considering the other, we do so at our peril.

That doesn't mean we don't let our voices be heard on issues that are fundamental to our values. We should be very clear about what we stand for, but as we do, we should bear in mind that consistency is a vehicle for projecting that clarity. We need to be careful not to stand on principle only when we can have our way. In the larger perspective, that's not very principled, and our friends and adversaries alike recognize the hypocrisy. Finally, when we preach listening to the will of the people abroad, we'd better do it at home. While we have had the advantage of the Washingtons, Jeffersons, Lincolns, and Kings, we took a long and troubled road to get to where we are, and we are still struggling in many areas to be true to our own principles.

In Egypt, we hope not to set the table for a massive shell game - or more aptly, a bait-and-switch - in which one autocrat is replaced by another, or in which one autocrat is replaced by a collection of them. We should not be naive enough to believe a "democratic" outcome in Egypt that leaves the Muslim Brotherhood in power will necessarily be just and will leave a peaceful imprint on the Middle East. It could well provide the setting for the establishment of a new caliphate and an impetus for regional conflict in pursuit of a Worldwide Caliphate.
Posted by Rob Doss at 10:47 AM
Email ThisBlogThis!Share to TwitterShare to FacebookShare to Pinterest