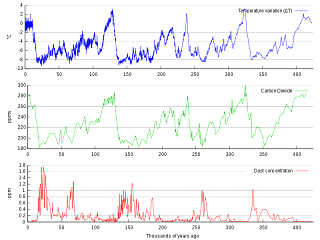 Well, it's happening again: global weather change. All across the United States, cities are checking in with warmer temperatures, a sign, according to longtime observers, that global weather change is for real. There are signs that the Earth’s weather has begun to change ominously and that these changes may portend a drastic increase in temperatures over the coming months – with serious political implications for just about every nation on Earth. The regions of the United States destined to feel its impact are the wheat and corn-producing lands of the Midwest, the avocado and lettuce-producing lands of the West, the blueberry and spruce-producing lands of the Northeast, the magnolia and cotton-producing lands of the South, and the cactus and coyote-producing lands of the Southwest. Hawaii should be okay.
The evidence supporting these predictions has now begun to accumulate so massively that meteorologists are hard-pressed to keep up with it. All across the United States, farmers and industrial workers have seen their hours of daylight increase incrementally with the persistent warming of the weather and a resultant overall disappearance of cooler temperatures. Just last year, the average temperature in the United States warmed as much as 50 degrees in the eight months between January and August - a repetition of that pattern this year, a virtual certainty, could mean drought, desolation, and humiliating rivulets of sweat. Beginning in April of last year, an onslaught of thunderstorms erupted, knocking out power in many parts the nation, leaving citizens without cable television and internet service. The coming warmer temperatures are almost sure to produce the reemergence of the scourge of summer, the perennial wave of global warming predictions designed to make us believe the same phenomenon that made much of the United States look like Siberia in December will make some of those same areas feel like the Sahara by August.
To scientists, these seemingly disparate incidents represent the advance signs of fundamental changes in the world’s weather. The central fact is that after three quarters of a century of extraordinarily mild conditions, the earth’s climate that seemed to be cooling down warmed back up then cooled back down again without warning. Meteorologists disagree about the cause and extent of the trend, and theories vary broadly over exactly what the trend is and its impact because it is all so darned confusing. But they are almost unanimous in the view that we should prepare now to see some increase in agricultural production over the summer and into the fall, but this production will decline dramatically by late October. “A major weather change would force economic and social adjustments on a worldwide scale,” warns a recent report by the National Academy of PseudoSciences, “because the global patterns of food production and population that have evolved are implicitly dependent on the climate of the present century.” (Whatever that means...) 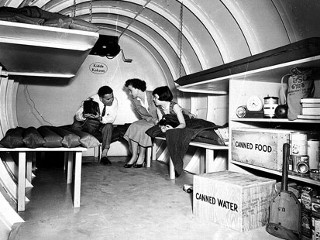 Meteorologists are pessimistic that political leaders will take any positive action to compensate for the weather change, or even to allay its effects. They concede that some of the more spectacular solutions proposed, such as melting the Arctic ice cap by covering it with black soot or diverting arctic rivers, might create problems far greater than those they solve. But the scientists see few signs that government leaders anywhere are even prepared to take the simple measures of stockpiling food or of introducing the variables of weather uncertainty into economic projections of future food supplies. The longer the planners delay, the more difficult will they find it to cope with weather change once the results become grim reality.
You have been warned.
[This blog post represents a totally frivolous and cruel butchering an entirely serious article that appeared in the April 28,1975 Newsweek titled, "The Cooling World." You really ought to read it before the summer wave of global warming predictions begin again. Of course, that 1975 article was published before a politician and climate-scare entrepreneur from Tennessee, Al Gore, set us straight. Click here to read the original Newsweek article.]
Posted by Rob Doss at 11:46 PM
Email ThisBlogThis!Share to TwitterShare to FacebookShare to Pinterest