In a July 7, 2020 press release, the National Education Association (NEA), the largest teachers' union in the United States, joined with four other education political advocacy groups, including the national PTA, to demand a plan for reopening schools from the White House (http://www.nea.org/home/76362.htm). 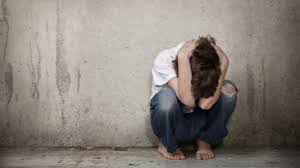 The release asserted that "The White House and the CDC have offered at best conflicting guidance for school reopening, and today offered little additional insight. Without a comprehensive plan that includes federal resources to provide for the safety of our students and educators with funding for Personal Protective Equipment, socially distanced instruction, and addressing racial inequity, we could be putting students, their families, and educators in danger."

Three things stand out in that statement:

The first is the fact that the administration of public education in this country is conducted by states and local school districts, not the federal government. State and local boards of education across the country are at work now considering the safest ways to proceed with school in the fall term and they're doing so with the aid of federal funding.

The second is that although the information coming out of Washington, D.C. has been inconsistent at times, one thing should be clear to everyone at this point: we can mitigate the spread of the virus by maintaining a safe distance, sanitizing surfaces, and wearing masks in close quarters that, by now, everyone should already have on hand. For those that don't have masks, resources exist for ensuring a safe learning environment in schools.

And the third is that the inclusion of "addressing racial inequity" in the list of the NEA's concerns over reopening schools in the fall has a distinctly political air. It appears to be intended more as tanglefoot than a sincere plea for a federal lifeline. That is absolutely the wrong approach for education advocates to take at a time when they should be considering the essential question: "What is the best way to ensure this generation of children doesn't get left behind in their mental, physical, and nutritional development?" They should consider that essential question and get busy lending their expertise to the effort. The fact is that inequities of all sorts would be exacerbated by a failure to resume school in the fall.

The press release reminds me of a video that our school superintendent showed administrators during a leadership conference a few years ago. In the video (https://www.youtube.com/watch?v=VrSUe_m19FY), a man and a woman are on an escalator, seemingly on their way to an important meeting when the escalator suddenly stops with them on it. They call out desperately for help as though there is no way to go further unless someone - anyone - gets that escalator going again. They behave as if they're at the mercy of the situation, not subject to their own initiative and ability to take action to resolve the problem.

We have the power to handle our circumstances; so, rather than incite discontent among state and local education union affiliates and PTAs, and generate fear among teachers and parents, the NEA and the national PTA and their affiliates should get busy working with school district administrators to address the essential question. Again, the essential question is "What is the best way to ensure this generation of children doesn't get left behind in their mental, physical, and nutritional development?"

As we consider courses of action, we should recognize that our public school students gained relatively little ground educationally during the second semester of the 2019-20 school year. They not only need to return to school in the fall semester of the 2020-21 school year, they need to be challenged to make up lost ground so they remain on grade level pace. They certainly can't afford to fall another semester behind so that the most vulnerable among them end up a full year behind.

We  should also remember that families, particularly lower income families, depend heavily on the school system. If their children aren't in school in the fall, they'll have greater difficulty progressing and they'll likely be at greater risk for contracting the virus as they socialize freely where protective measures aren't as prevalent.

Keeping children out of school in the fall isn't even necessary as many school districts are offering choice options for parents which would permit them to opt for in-person or remote classroom education or for virtual education. Oddly, some parents don't even want the choice; they'd rather there be no schooling in the fall at all. That is an unfathomable rejection of a viable solution in light of the essential question.

I suppose some find it easier to live in fear and do nothing, but what isn't so easy is living with the result. School districts that cave to the pressure to keep schools closed in the fall will find that the coin has another side when they're held to account for the resulting lack of educational development among our youth later on. We can't afford to do nothing, and studies reveal that it's not necessary or practical to do so (https://nbcnews.to/2Zx3YGu) (https://video.foxnews.com/v/6172059072001).

Certainly, as we work through the solutions, we'll become very well aware that we're in uncharted waters. We'll learn, and then we'll learn some more, and we'll improve processes as we go. That's the nature of progress. Some will be tempted to make 20/20 hindsight judgments later on what went wrong and what should have been done differently, but to them I say, "offer your insights and solutions to improve the process now or let those who are working through this challenge do their work."

Finally, we can't allow ourselves to be overwhelmed by our challenges to the extent that we fail to find ways to cope and adapt and to teach our children to do the same. What we are willing to do for our children today will reflect on us as parents, public officials, and citizens well into the future. Just as courage and selflessness characterized what we now know as "The Greatest Generation," we risk allowing fear and dependency to characterize our generation unless we assert ourselves at this watershed moment. In times like these, what our children learn from us, they will remember about us.
Posted by Rob Doss at 11:50 AM
Email ThisBlogThis!Share to TwitterShare to FacebookShare to Pinterest