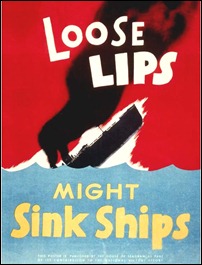 Today, I find myself in the unusual position of agreeing with both, former Secretary of Defense Donald Rumsfeld and Senator John Kerry in saying that I believe there has been too much discussion of the prelude to and execution of the raid to kill Osama bin Laden.

I think it’s enough for us to know that it was pulled off by American special forces and, as I wrote the other day, that it was completed in accordance with the law and the rules of engagement for the mission. That’s it.

Little bits of information, including the kinds of aircraft we used and the fact that weather forced a postponement the night before can provide insight on origins, routes, and go/no-go launch and execution criteria. 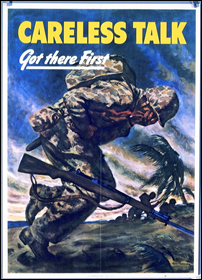 The ROE can tell a lot about the psychology, concerns, and limitations of the government and of military commanders on missions like these. That’s a lesson we should have learned from Vietnam and even more recently from our experiences in Afghanistan.

When we publicly announce what we will and won’t do operationally, we hand the enemy a huge gift. When we say, for instance, that we won’t target enemy elements in populated areas, we immediately find that our enemy moves right into those areas. They start setting up anti-aircraft batteries and mortars at mosques and shrines and in neighborhoods. We have to be careful with even the most innocuous-sounding information because it can be pieced together and molded into real insight.

Just as we were able to piece together bin Laden’s whereabouts from interrogation products gleaned from prisoners, including the nickname of one of his couriers, we should realize our enemy can learn a lot about our intuition and thought process from that information. In a lot of ways, we’re better off when our enemy doesn’t think we’re so clever.

Personally, I see a lot of benefit in not saying anything at all about bin Laden’s killing, not even to say it happened. Let’s let the incident simmer and let it froth up a bit. When we’re asked about it at a press conference in a couple of weeks, we can say, “Yeah, we killed him. We said we were going to, didn’t we?” Next question.

Posted by Rob Doss at 8:19 PM
Email ThisBlogThis!Share to TwitterShare to FacebookShare to Pinterest