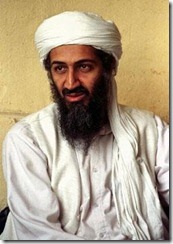 I remember in the days after 9/11, President Bush told the leaders of the world’s nations that they were either with us or against us. Leaders of unfriendly nations stepped right up to make it clear they wanted none of that wrath, but one guy who didn’t get the memo was Saddam Hussein.

I agreed with the invasion of Iraq not because of weapons of mass destruction, but because Saddam Hussein was an evil man who had spent the 12 years after the end of Desert Storm trying to shoot our aircraft down in violation of the agreement that brought an end to that war and permitted him to stay in power. I felt that reason was enough, especially in light of the fact that Saddam was clearly in the “against us” camp.

Tactically, I believed there was great potential and considerable value in bringing the terrorist rats out into the relative open in Iraq rather than try to track them down in the prohibitive terrain of Afghanistan. The Soviet Union proved that a powerful military force can get decimated through attrition in those mountains so the change of scenery to ground of our choosing made sense to me. We killed and captured a LOT of terrorists and other bad people in Iraq and took an awful lot of the stuffing out of terrorist initiative through our action there. That fact is often overshadowed and diminished by political discourse.

I would say that I was a bit disappointed that President Bush didn’t follow up more on his with us/against us ultimatum with other trouble-makers out there. In many ways, we held to the status quo with Iran, Syria, and terrorist elements in other nations in the Middle East, sort of reverting back to the pre-9/11 “don’t make too many waves” line of thought. I believe we should reserve the prerogative to send in special military units and make surgical strikes when it suits us. We should leave the bad guys wondering, insecure, and paranoid.

When President Obama ran for president, I remember him saying he thought we should fly into Pakistan if that’s what it takes to get who we’re after. Since it was the peak of the political season, it was hard to tell if that was a promise or merely rhetoric. Other things he’s said and done since then left me doubting.

However, I believe the President’s decision to send special operations forces in to Pakistan to take bin Laden down was nothing short of courageous. There is risk in war and it is often the case that the dirtiest work has to be done in person by people on the ground. It would have been easier and safer to have ordered an air strike on that compound, but we’d have been left right where we’ve been these past ten years trying to figure out if recordings really are his voice and whether he survived the attack.

The option he chose was very risky because there are a lot of ways the mission could have failed. I think it’s important for the American people to consider the fact that the President’s decision would have been as courageous had it failed as it is now that it succeeded. We have a tendency to judge the character of these kinds of decisions only on the basis of whether they succeed, and I think that’s the wrong approach. It’s an approach that discourages bold decision-making.

I say that because the killing of bin Laden puts us at an important point in this struggle against terrorism and terrorists. I believe it’s important we hold onto the offensive and be willing to act just as decisively wherever and whenever threats emerge. Our military is more than up to the task.

Posted by Rob Doss at 9:22 PM
Email ThisBlogThis!Share to TwitterShare to FacebookShare to Pinterest