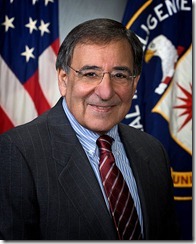 It looks like the worst part of the mission to take down Osama bin Laden will be the politics that follow. In the three short days since we learned of the raid on bin Laden’s compound in Pakistan, we’ve heard that bin Laden was killed because he fired at our SEALs and we’ve heard that he was killed as he appeared to be going for a weapon. Now, we’re told he wasn’t armed. That bit of insight has lit up the “wait just a minute” crowd.

CIA Director Leon Panetta has added to the confusion by telling us the raid was a mission to kill bin Laden, “The authority here was to kill bin Laden, and obviously, under the rules of engagement, if he had in fact thrown up his hands, surrendered and didn’t appear to be representing any kind of threat, then they were to capture him. But they had full authority to kill him.”

Now, the White House press secretary is trying to explain it all, and he’s not doing a very good job of it.

In the first instance, the implication is that in spite of our best efforts to take him alive, he put up a fight and was killed as a result. That’s the justification for killing a criminal.

In the second instance, there is no implication. The mission was to kill him because he was an “unlawful combatant,” and the mission and the action were thus warranted. There’s no need to discuss the causal elements that led to his killing because the only one that matters is the fact that he was in the compound and didn’t surrender immediately.

Clearly, the White House press secretary and others have had a difficult time reconciling bin Laden’s killing with the Administration’s political position and the Justice Department’s legal contention that Al-Qaeda and the other terrorists we’ve been fighting are criminals who should be processed and tried criminally, not handled through the military judicial system.

Ultimately, someone will ask, “How do you issue an order to kill a man who you would have read rights to and treated as a criminal if he had surrendered?” He’s either a combatant who you go in hard against, or he’s a criminal to whom you give every opportunity to surrender.

Surely, it’s understandable that the media now has so many questions about whether bin Laden was armed or put up a fight. The media has bought in to the Administration’s argument that these guys should be treated like criminals; therefore, they’ve reasoned that maybe bin Laden should have been given a greater opportunity to surrender.

Under the law of armed conflict, based on the Geneva Conventions, there are two types of combatants: lawful and unlawful. An “unlawful combatant” is someone who participates in hostilities outside of the authority of a government. Their very existence and every action in combat inherently violate the law of armed conflict. So the law regards them as legitimate targets who can be killed on sight or tried as war criminals if they’re captured.

On the other hand, “lawful combatants” operate under the authority of a government and are immune from prosecution for their legitimate acts in combat. Regular soldiers in uniform are lawful combatants.

Regardless of what has been said to this point and regardless of what is said going forward, it is clear bin Laden was considered an unlawful combatant, not a criminal, when the rules of engagement were approved and issued for that raid.

In that light, a successful raid on that compound had but one anticipated outcome, and it was that outcome that the Administration spontaneously rejoiced in when they heard the words, “Geronimo, EKIA,” signaling that the mission was accomplished and that bin Laden was dead (EKIA = “enemy killed in action”).

In my mind, rather than try to explain the circumstances in the compound that led to bin Laden’s death, the White House press secretary ought to simply answer the media by saying this: “Our forces acted in compliance with their rules of engagement and the law of armed conflict. We are not going to dissect and second-guess them here from Washington as though any of us in this press room are qualified to do that. We need our forces to be bold and courageous and to comply with the law and their rules of engagement. Beyond that, we leave it to the respective military units to critique the details so they can assure success should we need to do this kind of thing again…and we might.”

Posted by Rob Doss at 11:27 PM
Email ThisBlogThis!Share to TwitterShare to FacebookShare to Pinterest