Rescue from Mogadishu (Part 3): "A Change of Plan"

The timing of the threat against the American Embassy in Mogadishu on January 2, 1991 was far from perfect as Washington’s attention was centered on the approaching January 15th deadline for Iraq. It was with that deadline in mind that on the night of Wednesday, January 2nd, we boarded our aircraft for an evening of NVG training in the Omani desert.
However, before we launched, word was circulating around the ship about trouble in Somalia where the civil war was endangering diplomats. President Bush ordered U.S. Air Force C-130s to fly to Mombasa, Kenya with the expectation that they would fly to the Mogadishu International Airport once arrangements could be made for the aircraft to land and for Embassy staff to move to the airport for evacuation.[1]
Somalia had been a place we had paid absolutely no attention to during our time in the region, and with our night training being so important to the liberation of Kuwait, we didn’t give Somalia another thought that evening. We didn’t give it another thought, that is, until we were recalled to the Guam and learned that the reason the Guam and the Trenton had urgently changed course and steamed south was that we might be called to conduct a noncombatant evacuation operation (NEO) to rescue the 37 American diplomats stranded in Somalia.

We began mission planning right away, but we knew almost nothing about the situation on the ground or even the location of the Embassy. With no information about potential landing zones (LZs), enemy threat intelligence, or maps and photographs of the area, we could do little more than ask questions that night. We sent a list of “elements of essential information” (EEIs) and requests for maps and satellite images, then we caught a few hours of sleep while the information we needed was being assembled. Unfortunately, we had no direct voice communications with the Embassy so getting the answers would take some time.

The following day, on January 3rd, Ambassador Bishop sought but was unable to receive commitments from the Somali government that would permit American C-130s to land at the airport and for American evacuees to safely move to the airport. To make matters worse, Somali army officers were reportedly being shot by their own soldiers who belonged to different tribes. With this news and ample evidence that all sides of the conflict lacked centralized control and were disregarding ceasefire agreements,[2] it became clear that the C-130 operation wouldn’t be viable.[3] The Embassy’s only salvation lay with the two U.S. Navy ships—the Guam and the Trenton and their embarked Marines—steaming south at maximum speed toward Somalia.[4] 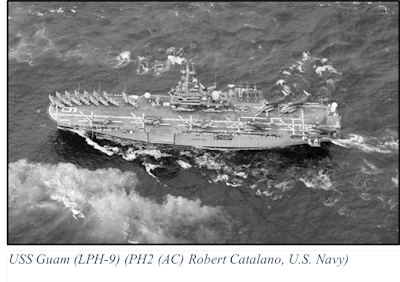 Throughout the day on January 3rd, planning continued aboard the Guam as answers began to arrive, and a pair of maps were air dropped to us. The maps weren’t quite what we were accustomed to since they were severely outdated and written in Italian, probably owing to Somalia’s history as a former Italian colony. Although we didn’t realize it yet, the location of the U.S. Embassy as it was marked on one of the maps had changed. Ultimately, we’d need to verify everything on the maps before putting much faith in what was printed on them. Still, they were better than nothing, so we edited, copied, and laminated them for distribution to flight crews. 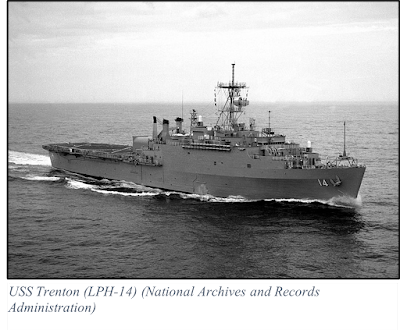 We also continued to receive messages detailing the situation at the Embassy. While the information provided small pieces of the planning puzzle, it also painted a picture of desperation at the Embassy. The messages from the Embassy gave the unmistakable impression that they were being written from cover beneath a desk as the fight raged nearby.[5] One message reported that a rocket-propelled grenade had slammed into the compound, while others described automatic weapons fire and armed aggressors being repulsed as they scaled the walls of the compound.[6] The State Department reported that the street outside the Embassy compound was “…littered with corpses.”[7]

As we began to wrap our heads around a plan to rescue the 37 U.S. diplomats under siege at the Embassy, we received an update that the mission had changed. Instead of rescuing 37 American diplomats, we were tasked with rescuing nearly 300 people from 30 different nations from the U.S. Embassy compound. Some nations had attempted evacuations and failed, while others lacked the ability to even attempt such a thing. Now, they turned to the United States for help. We adjusted quickly to this change in the mission and got right to work on developing a new plan.

Posted by Rob Doss at 4:59 PM
Email ThisBlogThis!Share to TwitterShare to FacebookShare to Pinterest