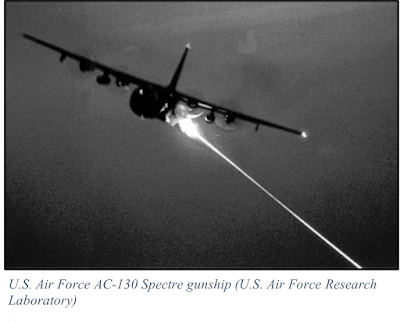 As soon as the helicopters landed, the 60-man security force quickly took up positions around the Embassy compound. The SEALS ran in a vee formation toward the Chancery while the Marines forced the aggressors with the ladders away from the Embassy wall.[1] The SEAL team was primarily responsible for working with the Embassy’s five-member Marine Security Guard (MSG) force to protect the Ambassador. Meanwhile, the 46 Marines who comprised the balance of the security force established a perimeter to secure the Embassy compound.[2]

Karen Aguilar, the Public Affairs Officer for the U.S. Embassy in Mogadishu, later said that the arrival of the Marines was both startling and fearsome, “They must have been carrying 200 pounds of equipment, they looked about seven feet tall, and on every inch of their bodies they had this terrible paint. They looked ugly. They looked like swamp creatures.”[3]

The description was a compliment.

As desperate as Ambassador Bishop had been to get Marines in the Embassy compound for fear of being overrun at any moment, once the Marines were there, he was hesitant to authorize the use of deadly force. Instead, he chose to reserve it in the event that attackers actually came over the walls. In fact, he preferred that there be a withdrawal to safe havens within the compound before deadly force was used. He clearly wanted to avoid giving the appearance that the security force was there to choose sides, a perception that might encourage an escalation of violence against the Embassy.[4]

LtCol Robert McAleer, commander of the security force, later said, “The need for security forces was evident upon our arrival. Sporadic gunfire was all around us throughout our time ashore. We had some situations that could have gotten out of control, but we remained calm and kept our composure, thus avoiding any confrontations.”[5] In one of those situations, a pair of Marine snipers who had taken up positions on the Embassy water tower were shot at by a Somali who was 400-500 yards away. The Marines put the Somali in their sights, but they were ordered not to fire and to come down from the water tower.[6]

Soon after the helicopters arrived at the Embassy, a U.S. Air Force AC-130 Spectre gunship, with its three side-firing weapons—a 105 mm howitzer, a 25 mm Gatling gun, and a 40 mm Bofors cannon—orbited overhead to provide air support. The gunship remained for three hours providing intelligence and fire support capability for the security force on the ground.[7]

While the security force was getting into place, 61 evacuees were processed and loaded onto the two CH-53Es, including the Turkish, UAE, and Nigerian ambassadors, the Omani Chargé D’affaires, and all non-official Americans. Just one hour after the helicopters had landed, they took off again at 7:20 AM and headed straight out to sea for their third refueling from a Marine Corps KC-130. Their destination, the USS Guam, was 350 miles away.[8]

It was daylight when the helicopters joined up with the refueling tanker so it was much easier to see this time. However, when the CH-53Es attempted to refuel, they discovered that the tanker’s refueling drogue didn’t open fully and was difficult to plug into. The lead Super Stallion had to fly at an angle to reduce the amount of fuel spraying on the helicopter due to the problematic drogue. The difficulty led them to take on only half of the fuel that they originally planned to take. The second helicopter made six or seven unsuccessful passes at the drogue which caused the flight leader, Major Dan Shultz, to consider diverting one or both aircraft to the Somali desert if they couldn’t make the connection. Finally, though, the second aircraft was able to successfully plug and take on fuel. Once the two helicopters were refueled, they accepted a navigational steer from the KC-130 and proceeded to the Guam. The tanker returned to Oman, more than 1,100 miles away.[9]

At 9:40 AM, almost 8 hours after they left the Guam in the early morning hours of January 5th, the CH-53Es landed on the Guam where they discharged their passengers to waiting teams who processed and welcomed them aboard ship. Forty minutes later, with their part of the mission complete, the two CH-53Es landed on the Trenton.[10]

After the helicopters left the Embassy compound in Mogadishu, three Marines and six SEALS traveled with Embassy security in three hardened vehicles to a U.S. Embassy building a few blocks from the main compound. Because there was a possibility that the convoy would encounter armed roadblocks, they were ordered not to stop and to shoot their way through them, if necessary. They left the Embassy compound at 8:47 AM and returned within 10 minutes with 22 people: 4 Americans, 1 Filipino, and 17 Kenyans.[11]

As the day wore on, Embassy staff assisted the foreign diplomats who managed to flee to the U.S. Embassy to be evacuated by American forces.[12]

The Soviets had contacted the U.S. Embassy by radio the previous day to report that looters had attacked and stolen their vehicles. The Soviet ambassador didn’t want to attempt the trip to the U.S. Embassy without an escort, so the American diplomatic staff bribed a local police official to arrange for one. An hour later, there were 39 Soviet diplomats in the American compound waiting for U.S. Marines to transport them to safety. A similar scenario brought the British and South Koreans to the U.S. Embassy after they’d encountered intense fire at their compounds.[13]

As the sun settled into the horizon that day, the security force’s forward air controller (FAC) Captain David Spasojevich, himself a helicopter pilot, prepared the landing zone for the helicopters that would be there later in the evening. Since the final evacuation by CH-46s would be conducted solely on NVGs, the Embassy compound was totally darkened to prevent distracting pilots and to provide better concealment for the helicopters and the evacuation effort. All the Embassy’s lights were extinguished while chemical lights were planted to mark the LZ and to identify the light poles that surrounded the LZ.[14]

The stranded souls who had gathered at the Embassy to be rescued from the turmoil outside of the Embassy walls waited anxiously for the arrival of the U.S. Marine CH-46s. The time was drawing near.

Posted by Rob Doss at 5:49 PM
Email ThisBlogThis!Share to TwitterShare to FacebookShare to Pinterest